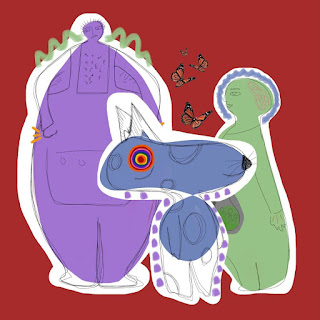 Growing up, being taught that beauty only illuminates when you’re skinny. That jolted me. Every single mark throughout my 16 years of living, I based it upon that standard. Though that was the perfect picture back then, I turned out the complete opposite.

“Don’t each too much carbs; you’re going to explode if you do,” a commonly heard phrase in big family gatherings. I was constantly being asked if I gained weight or when I’m finally going on a diet. I was only seven. Should no child ever be body-shamed, right?

Hopefull for things to only get better from now. Turns out, things didn’t go as intended. The more the commentaries about my weight increase, the more food little me ravaged. She had to deal with those words, still trying to look at the mirror and think that she was pretty. Looking back, that’s a miserable image to vision. I continued to thrive then, masking how I indeed felt, knowing that no one could fully grasp how I felt.

Labelled as the “fat but funny” kid. Little me just accepted that. She was too naive to understand.

Secondary school came by; I started to care about how I looked. Began to gaze at the reflector for longer and cry. Started to care about another’s judgement. Started to show how the emotional influence these people had on me. I became self-conscious. People either did one out of two things. They either stop by and comment or ignore my demeanour completely. Once, this individual even stopped by to comment on my fingers. Apparently, it’s too fat — numbness pumping in my blood. Accepting and forgiving was constant action. I had to. I had to adapt.

Though I started to accept my portion, change was something I mused about all the time. Exercising, strict dieting, underfeeding myself became a part of my routine. Nothing worked. Maybe lost a few kilos here and there, but inconsistency interfered. Twelve-year-old me had an abundance of it. She went through enough. The thought of giving up was invariably there, but I recapitulated nevertheless.

A detrimental habit came through. After eating, I would throw it all up. Three years later, it was still a steady habit. I know what I was doing isn’t salubrious. Still did it either way. After some time, forcing it all up wasn’t even an alternative. My body renounced it. September, I had given up on life. Stopped caring about school. Stopped fretting about another’s port. Stopped wanting to breathe. I just wanted to slice and get it over with.